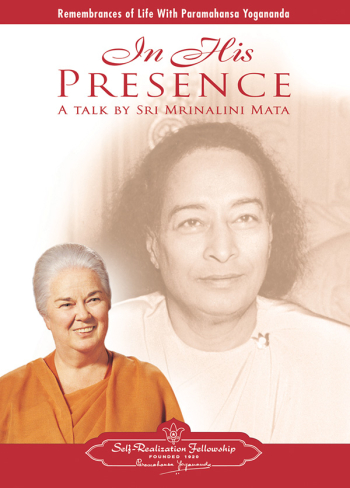 In His Presence — Digital Rental

In this very moving and in-depth talk, SRF/YSS President Sri Mrinalini Mata recounts uplifting and instructive reminiscences, many never before related in public, of her years with Paramahansa Yogananda. She shares unique experiences of the Guru’s blessings for his disciples then and now, and his far-reaching vision for the ongoing fulfillment of the divine dispensation he brought to the world. Contains brief rare motion picture footage of Paramahansa Yogananda and Swami Sri Yukteswar.

Living in the Love of God — Digital Rental

Portal to the Inner Light — Digital Rental
Scroll to top