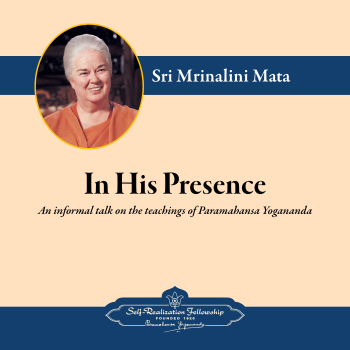 In His Presence by Sri Mrinalini Mata is one of a series of informal talks on the teachings of Paramahansa Yogananda, author of Autobiography of a Yogi.

Recorded in 1992 at the Self-Realization Fellowship International Headquarters, Mrinalini Mata recounts uplifting and instructive reminiscences of her years with Paramahansa Yogananda.