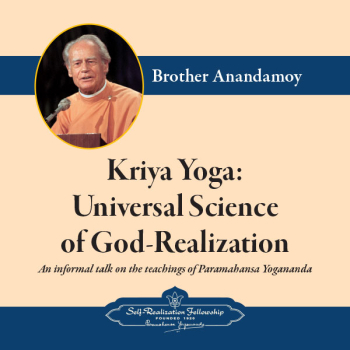 Kriya Yoga: Universal Science of God-Realization by Brother Anandamoy is one of a series of informal talks on the teachings of Paramahansa Yogananda, author of Autobiography of a Yogi.

This talk was given by Brother Anandamoy at the Self-Realization Fellowship Temple in Pasadena, California*, on January 4, 1998. Brother Anandamoy gives an inspiring overview of the power of Kriya Yoga to uplift the consciousness of those who practice it deeply and regularly.

*The congregation of the SRF Temple in Pasadena was moved to Glendale in 2008, when SRF acquired a new temple to accommodate the growth of its congregation.

Karma and Reincarnation: Understanding the Twists and Turns of Life –...