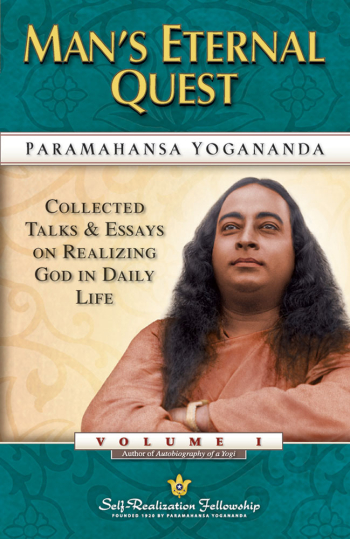 Man’s Eternal Quest is a book about God: about God’s place in man’s life; in his hopes, will, aspirations, accomplishments. Life, man, achievement — all are but manifestations of the one omnipresent Creator, as inseparably dependent on Him as the wave is dependent on the ocean. Paramahansa Yogananda explains why and how man was created by God, and how he is immutably a part of God, and what this means to each one personally. Realization of the oneness of man and his Creator is the whole essence of Yoga. An understanding of man’s inescapable need for God, in every aspect of living, removes the otherworldliness from religion and makes knowing God the basis of a scientific and practical approach to life.

• The Dream Nature of the World

• The Universality of Yoga

• God as Light and Joy

• Evenmindedness in a World of Change

• Reincarnation: The Soul’s Journey to Perfection

A Eterna Busca do Homem
Scroll to top