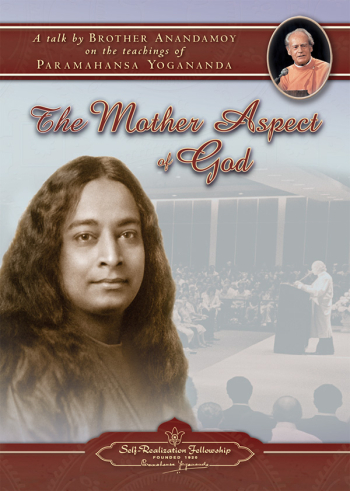 Brother Anandamoy sets the tone for this talk with a powerful quote from Autobiography of a Yogi, which explains that although God as the Infinite Absolute is beyond all qualities, “human thought and yearning have ever personalized It as the Universal Mother.” Expanding on this theme, Brother Anandamoy shares many delightful and heartwarming illustrations from devotees of East and West that remind us of just how near the omnipresent Mother really is for those who turn to Her. Drawing on his personal experiences with Paramahansa Yogananda, he shows us how we, too, can awaken a greater awareness of the Divine Mother’s presence and unconditional love in our own lives. Recorded in Los Angeles at the historic Biltmore Hotel during the 1981 SRF Convocation.

Topics Include:
• Numerous stories from the life of Paramahansa Yogananda
• Understanding the different manifestations of the Divine Mother in our lives
• How to be receptive to divine grace
• The Guru: visible expression of Divine Mother’s unconditional love
• Beautiful examples of the devotion to the Mother that is India’s timeless heritage

Beholding God in the Temple of All Life — Digital Rental