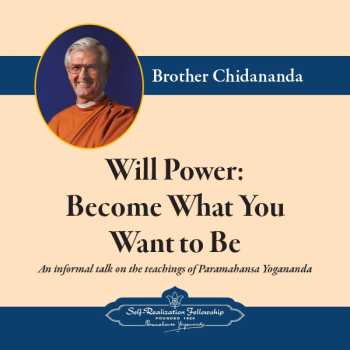 Will Power: Become What You Want to Be – mp3 download (Brother Chidananda)

In this talk, presented at the 2007 SRF World Convocation, Brother Chidananda addresses the role that yoga meditation can play in developing one’s will power and free will.